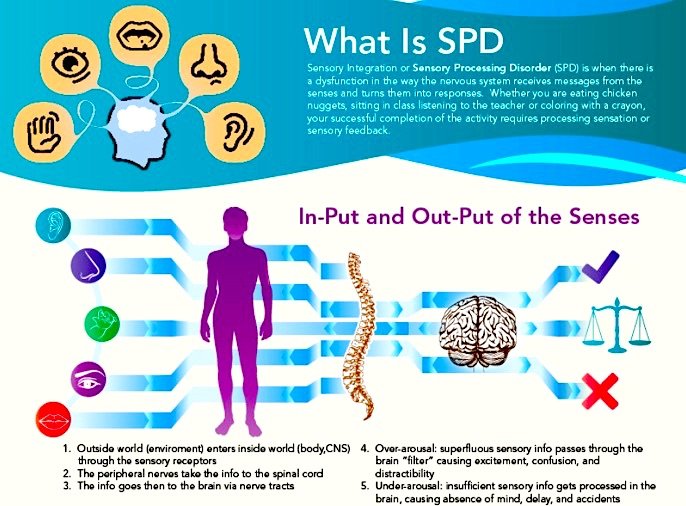 What is Sensory Integration Disorder

Usually, sensory processing problems are discovered in early childhood. Sensory Integration Disorder is not a standalone disorder, rather a co-existing disorder in people with autism. 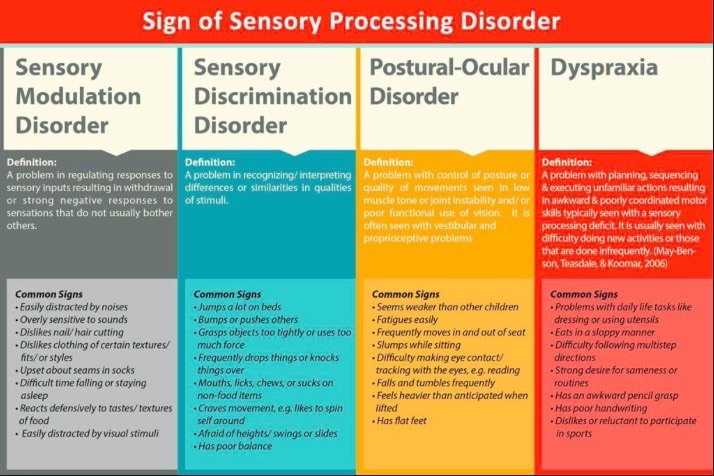 What is Sensory Integration Disorder Diagnosis?

An actual diagnosis of sensory integration disorder is difficult at times as it is not considered a standalone condition by physicians and insurance carriers. It may be difficult to find an insurance carrier that will pay for the necessary therapy unless you are already on one of their “Platinum” plans. 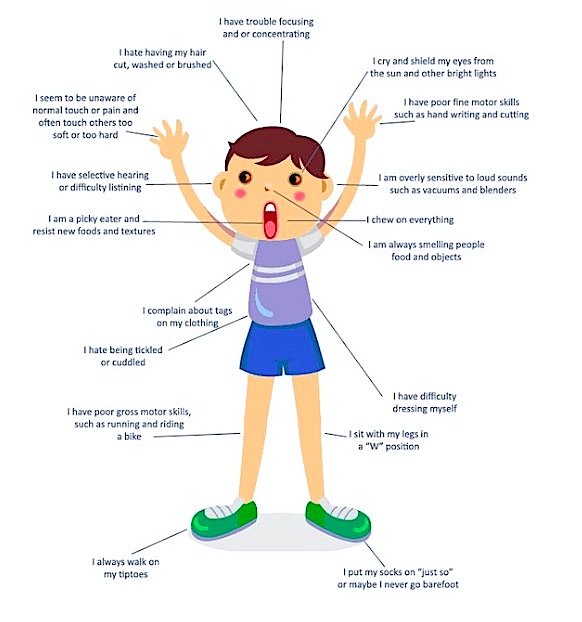 Sensory integration disorder may affect one or several of the senses. This makes it difficult for a person with sensory issues to behave as expected in their everyday responses to hearing, seeing, touching, tasting and smelling. Sensory inputs may be under sensed or over sensed causing the person to seem unconcerned or overstimulated.

Children with sensory integration disorder may not feel pain and thus are at risk of injuring themselves with things like falling from a tree, lighting a match or being hit by a ball. Due to their inability to peel pain, such injuries may often go unnoticed. Children who have a problem with smells and odors will vomit easily when odors feel offensive to them. This does not mean that the odor is an offensive odor, perfume, peppermint, chocolate or even French fries may seem offensive to their sense of smell. 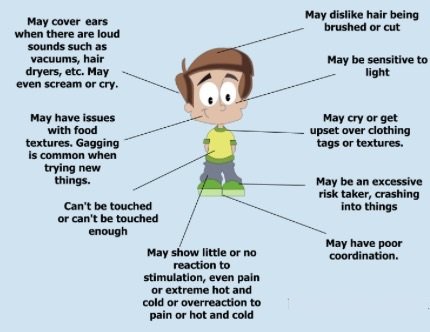 Fig 4: How a Child with SID may React

Most infants with sensory integration issues are often fussy babies. They do not like to be swaddled or even picked up. You may have problems in finding a formula they would tolerate. As toddlers, they will frequently have meltdowns or temper tantrums. Anyone of the five senses can trigger an extreme response unknown to the parent.

It is important to note that babies and toddlers often exhibit fussiness and this should not be confused with sensory integration. However, when these occurrences happen more often than not, that would be the time to discuss sensory integration disorder with your physician. The key thought to keep in mind is “does this behavior disrupt normal life”?

With a diagnosis of sensory integration dysfunction, will come a referral to occupational as well as physical therapists. Your child may behaviorally become impulsive and a general lack of caring. Children may have difficulty adjusting to change, even the slightest change such as going to a restaurant. This lack of sensory integration leaves the child frustrated, aggressive and withdrawn.

So what do you need to do when you suspect your child has Sensory Integration Disorder: First and foremost, you need to consult an Occupational Therapist (OT) who has proven experience with SID in children:

The treatment process for sensory problems is actually called Integration, hence the name Sensory Integration Disorder. The goal of sensory integration is to find ways for your child to learn proper responses to normal sensory feelings. This is difficult as your child perceives things to an extreme and has no idea what “normal” sensory feelings might be. All they understand is that the horn on the car causes them great pain, the smell of cookies makes them throw up and the nice soft pajamas you bought them feel like sandpaper. 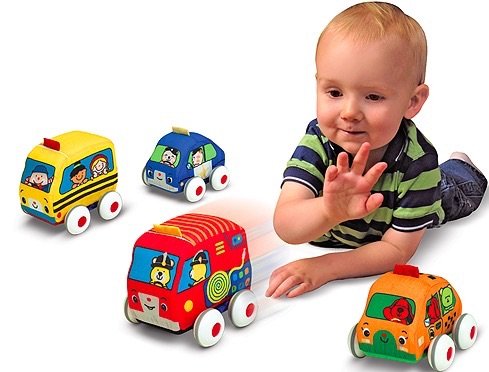 PLAY behavior therapy is often used with children with sensory problems. This may sound odd, however, playing on the floor with your child will expose your senses to what they may be feeling. One of the objectives of playtime is to allow your child to take the lead and show you, the parent, their world. I have an article called floor playtime, that will give you exact methods to use while playing with your child and the expected outcomes.

Keep in mind that their attention spans are short! Make playtime short, 20-minute increments. Playing starts at the very root or core of the senses. It is all about relating, communicating and thinking. Do not expect to sit down and begin playing a game. On the contrary, this is about your child letting you into THEIR play!

This is a short example of how Floortime play works.

Note: The ultimate goal is to have your child open his circle of play by inviting you to do something with your toy or his. It must be his decision what to do next, not yours.

Playing with your child means that you let your child open the circles of play. Take their lead or play parallel to them, however, does not open your circle by suggesting something to play. You can move your car back and forth and make a little circle and your child may either follow suit or may throw their toy and leave the room. This is all part of learning ‘how to open the circles’ and allow your child to learn to play. (Please see the Floortime Playing article for a more in-depth explanation of playing.)

What is SID Learning Pyramid? 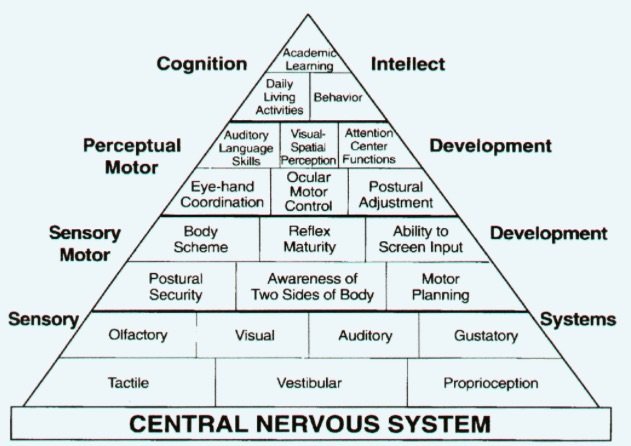 Fig 7: What is Sensory Integration Disorder Pyramid of Learning

During Play and other therapies for sensory integration disorder the focus will be on three basic senses: tactile, vestibular and proprioceptive. These three senses are interconnected with each other and other systems in the brain. These three senses are critical and complex. They allow us to experience, interpret and respond to our environment and give us our protective mode…

The tactile system includes the nerves found under the skin which send information to the brain. These tactile sensations include pain, pressure, the feeling of touch and temperature of the skin. If there is dysfunction in the tactile system, you will see your child withdraw when touched, refusing to eat certain textured food, refusing to wear textured fabric, not wanting to get hands dirty by playing in the sand, water, glue, and dirt, etc. When the tactile system is dysfunctional, it may lead to hypo or hypersensitivity, lead to self-imposed isolation, irritability, hyperactivity, and distractibility.

The Proprioceptive system is the subconscious awareness of the muscles, joints, and tendons that allow a person to hold a body position. It also allows us to use fine motor skills. Another way to describe this is motor planning or the ability to plan and execute a particular movement efficiently and effectively.

Your occupational & physical therapists primary goals will be to provide your child with sensory input which helps organize the flow through their central nervous system and help your child how to process sensory stimuli properly. Great advancements have been made using the various play methods – both with a therapist and at home. This is one area where you as a parent, can become the therapist and play an active role in integrating your child into the society.