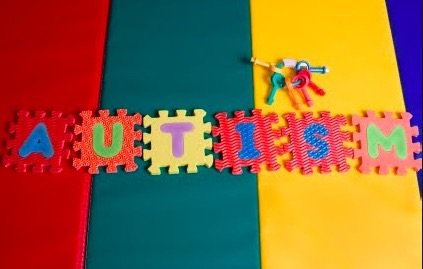 What is Autism in simple terms? Autism involves a series of behavioral diagnostic techniques and is often a difficult journey for most parents. Autism, in general, is a complex understanding of the brain’s neurological behaviors. It falls under the medical category of neurological disorders, including but not restricted to the following: 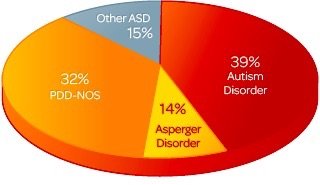 Fig 1: Percentage Breakup of Each Individual Diagnosis of Children with ASD

Autism Rates on the Rise

Worldwide numbers are hard to put into a defined ratio due to the subjective interpretation of autism, the difficulty in diagnosis and the embarrassment that many families in under-developed or emerging economies feel when their child is perceived as “not right”. For this reason, the global numbers are difficult to project on how many people are diagnosed with autism spectrum disorders.

Autism is usually diagnosed in the first two to three years of a child’s life. While some parents may feel that their child is “going through a transient phase”, most parents, however, will notice a decline in their child’s communication, social and behavioral skills between 18 and 36 months. Once a parent realizes this is not just a temporary syndrome, they should seek medical assistance. The earlier the diagnosis the more assistance and therapy your child will be able to benefit from.

This will allow your child to progress rather than regress. Having said that, it doesn’t imply that there is little or no hope if the child is not diagnosed until a later age. All children develop at a different pace. There is a wide range of autism treatment,  therapies, and assistance available no matter what age your child is diagnosed at.

The Medical Journey From ‘Autism’ to Autism Spectrum Disorder

For a better part of the 20th century, the definition of Autism, as described in the medical classification of mental disorders, has changed. If you refer to the history of autism, for years it was one diagnosis – AUTISM. Recently the Diagnostic and Statistical Manual of Mental Disorders, Volume 5 has changed autism from a single category diagnosis to an overlapping spectrum of mental disabilities, hence the name ‘Autism Spectrum Disorders’. 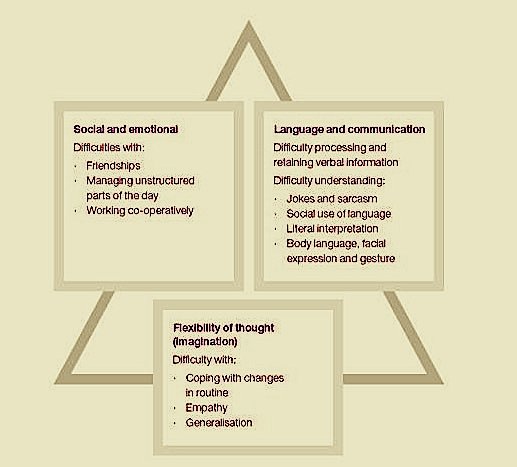 Fig 2: What its Autism & The triad of Impairments

With this new category breakdown, it enables doctors to diagnose specific types of autism and thus focus on a customized therapy to address that specific category. Below are some of the new individual categories that were once combined under one general autism diagnosis.

These new categories have empowered parents with the ability to seek out appropriate type of assistance and therapies. The prevalence of Autism Spectrum Disorders also differs based on genetic and gender patterns. For example, ASD in boys four times more often than in girls. Yet Rett syndrome is primarily diagnosed in girls.

The Knowns and Unknowns behind What Causes Autism?

What are the causes of autism? With the advent of Autism Spectrum Disorder which categorizes these impairments under relevant buckets based on commonality of Autism symptoms, it is now easier for researchers to find the answer to what causes autism. Though researchers still agree that Autism is primarily neurological; there may, however, be a certain blend of genetic and environmental factors that makes a child predisposed to autism. 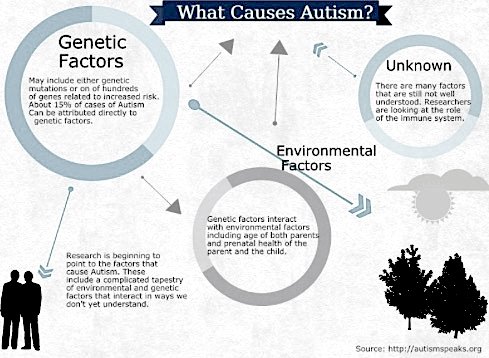 Fig 3: The Underlining Causes of Autism

Dr. Ronin Fernando comments, “With more data coming across from multiple parts of the world, we are now certainly in a position to analyze trends and answer some questions on how is autism caused. But unlike Down Syndrome, it doesn’t imply that we are in a position to be able to predict ASD; for, as of today, there are no signs of any emerging definitive patterns to help prevent autism.”

Studies have also indicated that the age of the parents, at a time when they conceive, may play a role in autism. Doctors also argue that mother’s use of alcohol, drugs and other chemicals may influence neurological disorder in an unborn child. Additionally, diabetes and obesity at the time of birth are suspected to be among other contributing factors. This is one of the reasons why doctors routinely monitor pregnant women for diabetic symptoms.

Autism – What is the missing piece in the Puzzle?

Fig 4: Autism – The Missing Piece in the puzzle

The answer to what is autism is ever evolving. It is still a mystery as to how and why some children have autism and others don’t. What we do know is that new categorization of autism is bringing hope to many parents trying to cope with Autism on a daily basis. New methods of treatment and therapy, specifically designed for each child, are assisting children already diagnosed with an Autism Spectrum Disorder to be successful at school and in social settings and become more productive members of the society. Hope is near!