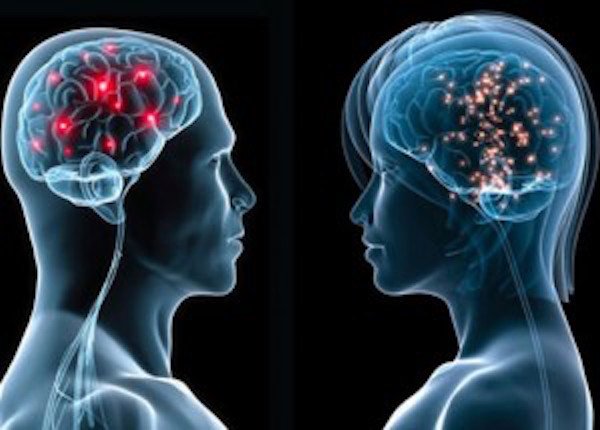 Why is Autism More Common in Males? Recent Brain Imaging May Have the Answer

The many differences in brain structure between males and females explain one of the many reasons why autism occurs more in men than women, according to a recent study. However, researchers in Europe found that women were more inclined toward ASD in cases where the structure of their brains resembled that found in males. Researchers further observed that there may be some critical information in the structure of the brain that puts men at greater risk for developing autism than women, though it must be noted that the study has not found definitive proof for the differences that are responsible for the disorder.

Autism occurrence rates are three to five times higher in men when compared to women, and earlier studies have indicated the risk that biological changes may put men at a higher risk for more severe cases of ASD as well.

RECENT: Why Girls with Autism Continue to Remain Invisible?

Christine Ecker from Goethe University in Frankfurt, Germany led a team of researchers in an effort to validate the theories surrounding autism and conducted brain scans of 98 autistic adults who were right handed. The researchers also scanned the brains of another 98 people who were neurologically healthy.

The brain scans were focused on the cerebral cortex and aimed to measure its thickness, which varies among women and men and could possibly be altered in autistic people, explained the researchers.

Mathew Pletcher, Vice President and head of genomic discovery at Autism Speaks, said, “This work suggests that changes in specific features of the brain may be associated with autism in some females.”

Lorber further added that there are limitations of knowledge about the cortex thickness or other male brain structural patterns that might have a direct relation to autism.

It must also be noted that the aim of the study was not to give any direct insights that could be taken as an effective remedy for autism; rather, treatments could be available in the near future as a result of continual improvements in the research, said Dr. Lorber.

Pletcher has also warned readers and viewers alike not to jump to conclusions, as only a handful of people were involved in the study.

Pletcher further said, “Understanding the difference in prevalence in males versus females for autism is an important research topic that could provide critical information on the causes and biology of autism…Unfortunately, the study does not include enough individuals to be confident that this change in brain structure is meaningful,” he added.

The new study was published online on Feb. 8 in the journal JAMA Psychiatry.