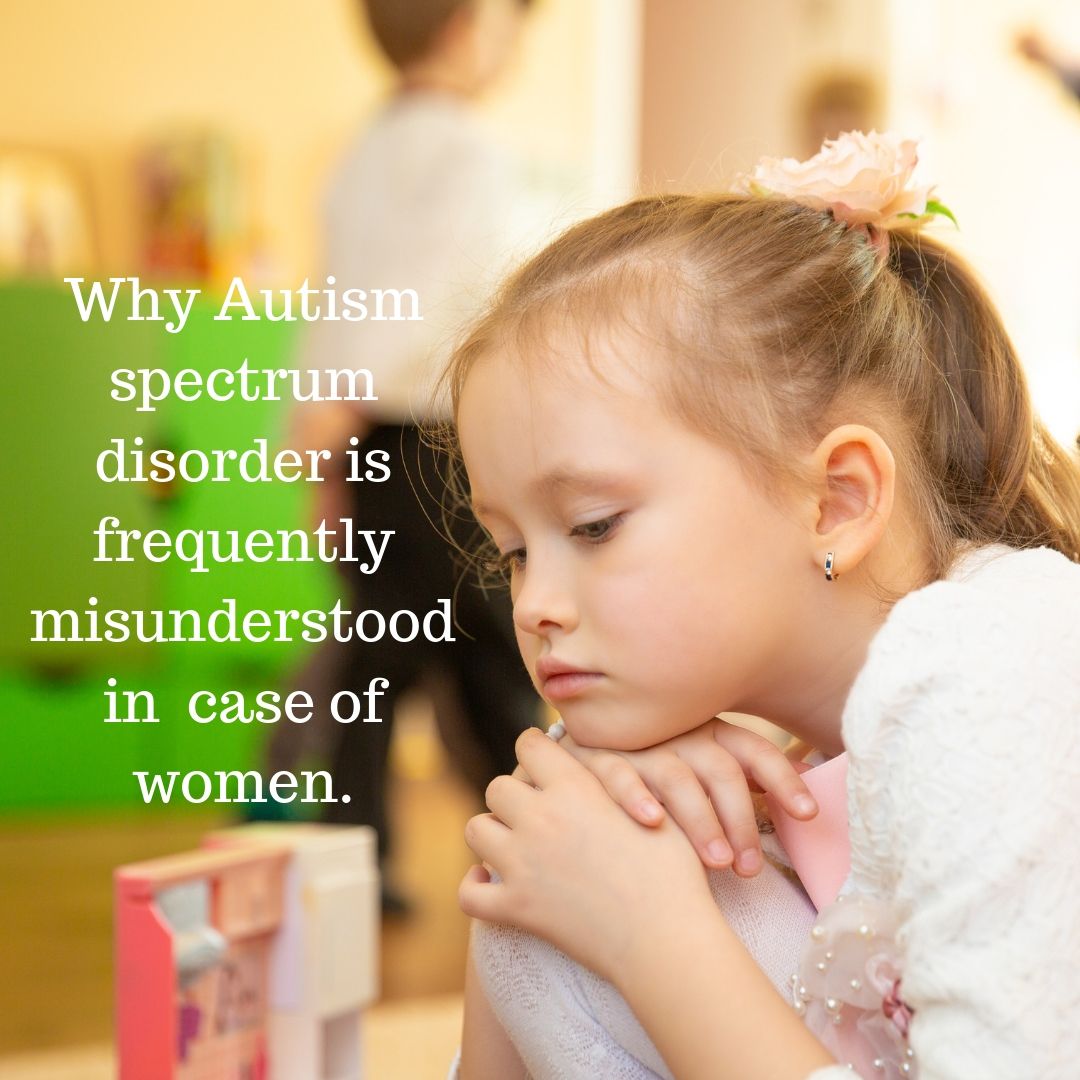 Why Autism Spectrum Disorder (ASD) is Frequently Misunderstood Especially in Case Of Women.

Autism Spectrum Disorder, or autism for short,  is a mental developmental condition that affects how a person behaves and communicates with other people. It is not a disease and cannot be cured. It is rather a disorder characterized by a wide spectrum of symptoms. A rough sketch of an autistic attitude is that of  a person who is unable to listen to other people during conversations, and when the ball of the talk rolls into their court, they go off at a tangent and begin to ramble on things that interest them alone, often missing the cue of disinterestedness the other person may be trying to show. Or maybe, one day, you had to seek direction to such and such place and you met someone who had to give you an up-side-down sequence to the place, you could be sure they were on one end or other of the autism spectrum.

The presentations of autism spectrum disorder may begin to come into light very early in childhood when the child may start to show certain signs, such as difficulty to connect with others through language, having unusual speech patterns, not responding to his or her name, having particular food preferences or in many cases, the child may prefer to recluse into solitude very often.

However, several researchers have indicated that not all sufferers exhibit these symptoms. While some experts aver that the prevalence of this disorder is three times more common in male children than in female ones, many others would rather maintain that the reason for this seeming prevalence in male children is that the disorder is more easily diagnosed in them. Many diagnosed female cases were done only after the patients had become adults and pushed for the diagnosis themselves if they ever get to be diagnosed at all!

Autism is often very hard to diagnose. And although the symptoms are similar in both sexes, insistent reports have it that it is particularly more difficult to diagnose ASD in females compared to males. The manifestations of this disorder appears to be frequently misunderstood in a number of its sufferers, most times because this group of people camouflage these symptoms by trying to mimic the average people around them, and research has shown a higher tendency of this in women and girls especially those at the high-functioning end of the autism spectrum. This could as well explain why they are less likely to be diagnosed with the disorder.

In children, autism could be the cause of ineptitude at many things;  they may be willing to make friends but don’t know how to, may misread certain emotional and conversational cues and when these kids grow into adults, they may begin to suffer anxiety as people around them seem not to understand them or might even think them weird.  Hence, in a bid to ‘fit into’ the crowd these people decide to mask or camouflage the behavioural symptoms by mimicking the social behaviour, expressions and gestures of other people. Compared to men, women are at a huge risk of having an undiagnosed ASD because they are less likely to have perceptible behaviours, such as hyperactivity/impulsivity and problems with their conduct, and they are often vulnerable to emotional stress such as anxiety, depression and eating disorders.

In conversation, they may prepare jokes upfront or an outline for discussion because they can’t keep a long conversation going without it, due to their lack of social reciprocity. They force eye contacts, even when they don’t feel like it and consequently, a doctor may diagnose such persons with other related mental disorders such as attention deficit hyperactivity disorder, ADHD, bipolar disorder or others. All these façades form the major reason why the diagnosis of autism is quite elusive.

As autism may co-exist with a number of these other disorders, such as ADHD and bipolar disorder, medications are used in treating the symptoms of these other disorders while physical and occupational therapies are employed in managing the symptoms of Autism Spectrum Disorder. Experts still can’t strongly tell if the differences observed in diagnosing autism in females is real because women tend to conceal their symptoms better. Thus, there’s still a lot of research work to do if the intricacies of autism in women must be fully understood. Although as yet, autism has defied cure, there are reports of cases where the patients recovered from the symptoms and went on to lead great lives.