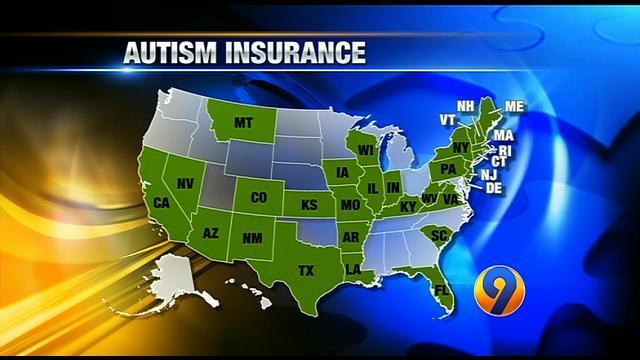 Health care services have become an important part of life, and there is no doubt that the prevalence of autism-related cases has increased. Taking this into consideration, U.S. law requires equal insurance benefits for physical and mental health. However, it should be noted that this does not increase any costs. “It was expected well in advance and is bound to happen,” said the researchers at the Johns Hopkins Bloomberg School of Public Health in Baltimore.

“We found that kids with autism spectrum disorder are getting more services, but their families don’t have to pay more to get them, which is the basic point of having health insurance and why the parity law was passed by Congress,” said Elizabeth Stuart, lead author . Elizabeth Stuart is a renowned professor in the department of mental health.

After the Mental Health Parity and Addiction Equity Act of 2008 was established, researchers observed that public spending rose by as little as $73 on average. The results have shown positive effects and are encouraging, the author observed.

These findings point toward the achievement of removing restrictions on mental health treatments, although insurers have been less generous in the past, and avoided covering other types of health care, Stuart observed.

In Hopkins’ news release, Stuart further commented that “In the past, these families likely would have had to pay more out of their own pockets to get more care, and they are already paying an average of $1,250 to $1,500 a year out-of-pocket to cover treatments and therapies for their children.”

One in 68 children in the United States is on the ASD spectrum. Autism spectrum is characterized by repetitive behaviors and difficulties in language development, along with impaired social interactions and developmental disabilities. Treatments are designed to address various behavioral and communication challenges that children face, along with psychiatric disorders they may encounter.

She further commented, “These are kids with serious and expensive health care needs, and the parity law is helping.”

“At the same time, parents and consumer advocates might have hoped the law would make a larger difference in access to treatment for autism paid for by commercial insurance,” she said.

Researchers used the data from the year 2007-2012 to understand and get a wider picture of the insurance claims as well as the health care appointments. The data was taken from a health database, which had around 22 million enrolled persons. Children in the age bracket of 18 and younger with autism as a primary diagnosis were targeted for the study.

Researchers have further enhanced the area of their study as they look at a variety of different services, such as mental health visits, language and speech therapies, and others.