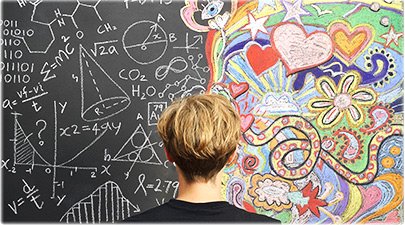 CAMBRIDGE, MA: A recent analysis conducted by the researchers in Harvard University have indicated that there may not be any direct correlation between Autism and Human Personalities, i.e Introversion and Extraversion. The terms, used by Carl Jung defines the broad personality types; the outgoing, talkative, energetic and the reserved, thoughtful and reflective.

Psychologist Elaine N. Aron theorised about the ‘The Highly Sensitive Person: How To Thrive When The World Overwhelms You‘ which deviates from the main idea of introversion and focuses on a transfer of energy from intros-s to extro-s that drains the former to replenish the latter.

Jennifer O. Grimes, a research assistant at Wellesley and Harvard, noticed this too! Her Master’s in Interdisciplinary Studies combined neuroscience with philosophy and psychology.

Jennifer continues solving the puzzles of introversion and someday, we will perhaps know what is at the core of it and where does Asperger’s syndrome kick in. In Grimes’ own words, she brings in a little more clarity to the definitions, but with not enough of awful lots of psychometric work.

Grimes suspects Aron’s sensitivity theory is outside of introversion, sounding like it belongs more to openness with a tendency to become frazzled and overwhelmed.

Along with Grimes, there are researchers Cheek and Julie K. Norem (has researched previously into pessimism) who teased apart the current definitions of introversion doing a literature review and examining existing measurement tools. Marti Olsen Laney‘s introversion scale is one of those of which, Grimes claim to have run a factor analysis and find it actually works as a shyness scale in reality.

A huge amount of research work is still going on about this key difference in Human Personalities. We know a lot more than we used to; about the defining traits and how it affects people socially.

It is, therefore, only natural to extend the discussion to the Autism Spectrum, a key giveaway for which is affected social behavior. A detailed comparison between Introverts and Extroverts. Download Infographic

Here are a few key takeaways when in comes to behavioral traits of Introverts:

The newly Developed model of Introversion:

Grimes, Cheek, and Norem developed one based on four factors:

That’s interesting, compelling and controversial! Confusing? Only more research and exploration of introversion will share more light. For now, let’s see what else Grimes tell us about introversion.

Grimmes also proposes introversion to be actually an autistic trait, measurable in an autism scale.
Grimes insist introversion to be an altogether different trait from extroversion and no way are they opposites!  Grimes explains by taking each of the factors proposed in this new model and following it along a continuum to their most extreme expressions where they correlate with the widely used Baron-Cohen Autism Spectrum Quotient.

It’s the presence of these four factors in different proportions that determine whether the condition is simple Introversion or Asperger’s or Autism! The interaction of these factors with other personality traits must also be considered.

A tendency to think and communicate slowly is no big deal at the introvert level. But the scale Grimes proposes, takes that communication difficulty to Asperger’s and then, to Autism.

Below is a nice behavioral summary of Introverts Vs Extroverts:

A healthy tendency to focus deeply is perseverance while taking it further brings you perseveration. The difference is between persistent determinations towards something beneficial and recurrences of anything detrimental without any apparent stimulus for it.

Where Grime’s Study is Different from Previous Findings

Grimes’ theory is an interesting approach to catch the slippery definition of introversion by throat. Pinning it down, she says, might help us gain a deeper understanding about autism; especially, on the context of introspection. There’s so far little information on introspections by autistics, so a good account of what introversion is must be determined first.

This will also help answering the rather fascinating question of introversion’s own measuring-scale. Is that going to create an extroversion-scale too? And what will be at the far end of it? Narcissism or exhibitionism? Or Marilyn Manson? For the introversion scale has autism at its extreme!

Having said that, previous studies have tended to indicate that spectrum conditions like Autism, may have both elements of Introversion and Extroversion. This simple venn chart below summarises the findings from multiple studies: Does Grimes pick at introverts?

The findings, so far, is just a probability based on mathematical regression models. It needs to be seen if this theory is disparaging to the introverts, who often fret about being misunderstood.

Could this be the door towards deeper understanding into the ways of the introverts? If it’s so, it’s good. It would explain the phenomenon of extroverted/swashbuckling introverts and ease the polarizations and the changes in stereotyped attitudes.

What the future holds?

The research may act as a catalyst in removing the dogma that extroverts are generally happier and more suited to social situations. And Autism might get accepted as a different way of existence, rather than – as most of us believe it now – an impaired condition.