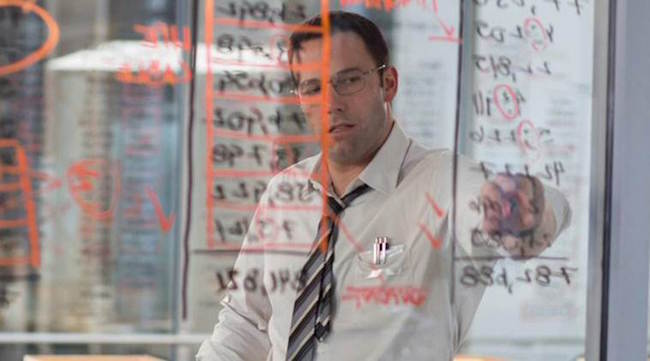 Movie, “The Accountant” is Convincing in a Way it Depicts Asperger’s Syndrome

A common plot that is experienced in many movies is one that is hatched to seek a revenge.

However, have you ever wondered how a person with disabilities, yet blessed with genius intellect, seeks revenge?

Yes, the movie – “The Accountant”, revolves around Ben Afflect where he plays the character of Christian Wolff, a person with Asperger’s syndrome. The movie, with its unusual plot will keep you glued to your seats. Gavin O’Connor, much known for other popular releases, such as “The Miracle”, directed this movie.

Apart from ben Affleck, other notable actors, such as, Anna Kendrick and Jeffrey Tambor also made an appearance in The Accountant.

The movie revolves around the life of an Christian, from being young to the later stages of adulthood characterizing his struggles to overcome HFA (High Functioning Asperger’s) on a day to day basis.

Due to the condition, he faces certain impairments in communication, which he tries to overcome by singing a song while under stress.

He also tends to display obsessive compulsiveness, and strives to finish the tasks that he tends to start.

The movie takes the audience through various twists. The character, Christian Wolff, seeks revenge and finds himself entangled in complicate schemes.

Sometime into the movie, a death of a closed one shatters Wolff, he needs to fight for his own survival, and a run-in with an unexpected comrade leaves him with a disturbing experience.

The movie shifts back and forth which helps in keeping the viewers engrossed. Due to its complex story-telling and structure, The Accountant, at times, gets little tedious to follow as the story line revolves among different plots.

Ben Affleck justified his role and his acting during the entire move is convincing.Although the character, Wolff, faces many difficulties in social communication, this does not stop the brewing up of a rather endearing chemistry between Anna Kendrick and him.

The music is upbeat and fits well with the overall theme of the movie. The music gets louder during fight scenes as well as shifts to much lighter note during calm moments.

Music, although not a very important aspect, helps in filling various gaps in the movie and keep the audience captivated at the same time.

It must also be noted that, the people who have an aversion towards extreme fight scenes and violence, might not find the movie suitable.

The movie goes with a Rating R, and it is advisable for children less than 16, to watch under supervision.

However the movie also has its own share of comedy. Like the music, the humor also aided in plugging certain gaps in the movie, and the comic touch was decent.

The Accountant is not a predictable flick. Additionally, it may be educational for people with very little awareness of Autism and Aspergers at, throughout the movie, it highlights the many challenges faced with Asperger’s and ASD (though, not in a disparaging manner).

It cleared the air, that people with autism, however brilliant and awesome wit ideation, do face difficulties at time when it comes to social integration and communication of thoughts.

The Accountant, by no means is judgemental towards Autism, but rather depicts the condition under a positive shade of light..

The brilliance of Christian Wolff, an Asperger’s individual, who meticulously planned and orchestrated a mayhem of murder and revenge, is perhaps the key takeaway from the movie.