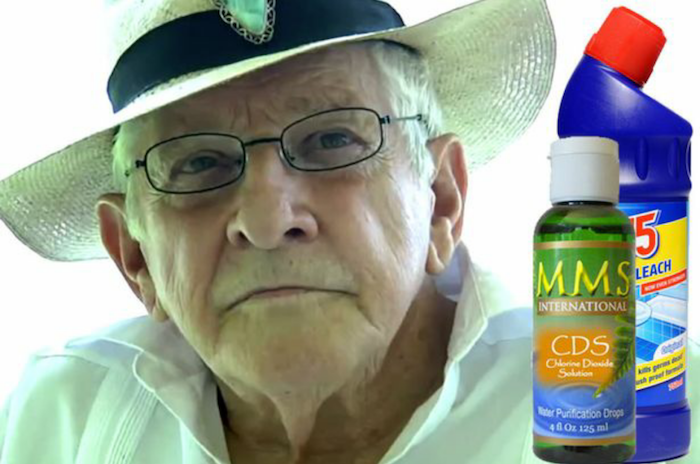 Lot of things tend to make way in the online world. Somebody makes a claim or releases a statement, and before you know the story has gone viral; everyone joins the party! But things may not turn out that funny when certain institutions, with vested interests, exploit on genuine concerns that parents have with their child diagnosed with Autism.

Off-late there has been such an attempt, which these online marketer’s refer to as a “miracle” treatment for Autism. The claims are so well marketed that many concerned parents have subscribed to these purported claims in hope of a better future for their children. This was brought to the notice of scientists and researchers, who dedicate most of their time in finding the necessary cure and interventions for autism symptoms.

After a careful study of the contents of the miracle medication, it was found, to utter shock of many, to contain industrial bleach by-product. This could results in health complications and would result in further serious problems if consumed. Doctor Paul Wang, notable member, Autism Speaks further added.

The claim that was being made the marketer as anyone can give it to anybody, who is suffering from autism, is just ridiculous. It is a life threatening and a dangerous stuff. Parents should note that no two individuals with Autism is similar. Everyone is unique, and so are their autistic traits. There is no one single or one-size-fits-all treatment which can work for everyone.

Dr Wang also noted that every treatment has to be customized after proper investigation and understanding the individual’s condition.

He warned that people should be made aware of this so called “miracle therapy”. It is being marketed under the brand name MMS or Master Mineral Solution.

The Church of Health and Healing, an entity which claims to be a non-religious organization is found to be the ones behind this so called mineral solution, the main promoter being referred to as Genesis II.

On the other hand the church continues to reinstate its claims to take the solution orally for the successful treatment of autism.

However health experts, globally, have issued warnings and have initiated necessary campaigns to make the public aware about the unfounded benefits of MMS and also to educate people about the contents of the mixture.

Sodium Chloride, which is an industrial solvent and a disinfectant, is the major component of the mixture. Though present in common salt, but if consumed at MMS’s concentration level, it can cause serious health issues.

The seriousness of life threat can also be associated, if this solution is taken on a regular basis over a prolonged period.

Though many have experienced severe diarrhoea and other serious health issues such as vomiting and completely getting dehydrated, the church further reinstates its claim that this is a sign of the solution working.

Experts are confident that the solution is doing more harm, which could well be irreversible, and torturing autistic youngsters (who tend to have communication issues) as they fail to communicate if something hurts.

Experts also stress upon the fact of the necessary support that individual’s need to be extended. They, families, tend to be more prone to vulnerabilities when they are first diagnosed with Autism. Dr Wang reiterated,

At times, the situation gets out of hand, and individuals tend to get distracted by the fancy claims and they tend to take these dangerous medications.

Experts urge the necessity to practice self-awareness and they are also trying to spread the word. If anyone who has consumed this MMS solution and are observing any side effects, they need to contact health officials immediately.