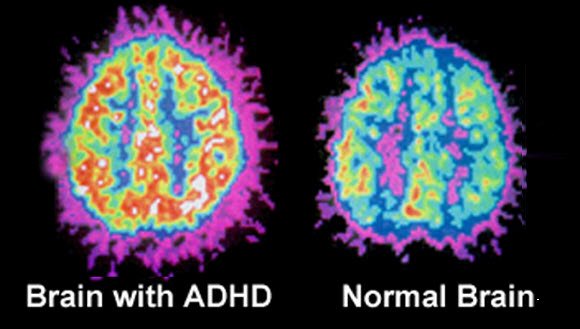 ADHD has been found to be associated with the developmental delay of five brain regions. This delay needs to be considered a brain disorder. This could necessarily act as a boon for people whose diagnosis is sometimes called an invented condition that labels normal children who do not meet the unrealistic conditions of the normal world. The image on the left shows differences between an adult with ADHD (left) and a non-ADHD brain (right) … Several brain regions and structures (pre-frontal cortex, striatum, basal ganglia, and cerebellum) tend to be smaller.

The Findings of the Study

Researchers carried out brain scans, analysing the brains of individuals aged 4 to 63. These reports were taken from 23 centres across nine different countries. Studies of individuals, 1,713 with ADHD and 1,529 without ADHD, were conducted to get the most precise results. The analysis showed slightly smaller brains in five of seven regions, suggesting that individuals with ADHD have slightly smaller brains than normal. Further, these differences were seen commonly in children. When a deeper analysis was carried out, it was found that these individuals had not been treated with stimulant medications. These findings shed light on the differences that are related to ADHD, and suggest that ADHD does not occur due to the effects of treatments.

Are All ADHD Cases the Same?

The limitations of those with ADHD observed during brain imaging could relate to a possible diagnosis of ADHD, based on the individuals meeting a certain pre-defined clinical data set. For instance, they might tend to avoid immediate tasks that require mental effort, or leave things incomplete.

This could end up in few tasks being accomplished. It lacks preciseness, which makes it even more difficult to align the diagnosis with the brain images.

Inefficiency in the thinking function of the brain can be identified in ADHD individuals, which makes it difficult for people with ADHD to carry out tasks that normally take some time. Thus, a child with ADHD can find doing simpler tasks like homework very tedious. On the other hand, PC games can hold their attention over a longer period of time.

Sometimes, people with ADHD do not experience emotional satisfaction or enjoy a sense of achievement from their day-to-day tasks. This could further aggravate the problem, and can be considered a deficiency in emotional reward. Individuals with ADHD can find things not only more difficult to achieve, but also less satisfying, which in turn reduces their overall motivation levels. This can cause them to be disagreeable and moody.

These subtle differences in the brains of ADHD individuals further confirm the validity of diagnosis and the many problems that are experienced by ADHD individuals. Nevertheless, the advancement in neuroscience has allowed for clinical understanding of ADHD based on the definitions as stated in the Diagnostic and Statistic Manual of Mental Disorders.

There is a need for a sophisticated set of relevant, proved models that distinguish between deficits from a combination of different factors that can produce varying symptoms for each individual who has ADHD.