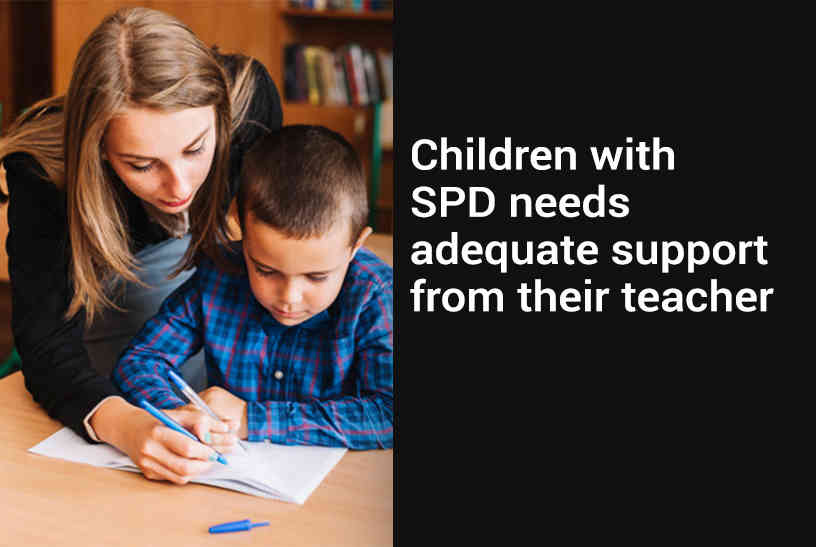 Is Sensory Processing Disorder Considered as A Learning Disability?

Certainly, we remember a classmate of ours who used to constitute a helluva nuisance in class back then in school. He couldn’t seem to settle in class or maybe she was clumsy to a fault, plus had a habit of bumping into other people or things. That child may have been ourselves or some other fellow student. At any rate, such behaviours disrupted the classroom setting, distracted the teacher, often got under his or her skin. Or you are now a parent. You walk your kid to school every morning and before you had properly met the teacher, he or she greets you with complaints from the previous day of how your child would not sit still in class, and how he displayed certain antics and foibles. Although the prevalent scenarios mimic symptoms of SPD, they aren’t enough indications for one to conclude that the ward or classmate of yours in question has a sensory processing disorder.

By way of a quick review, Sensory Processing Disorder (sometimes called sensory integration dysfunction) is a complex neurological condition where the brain, with the nervous system, has trouble integrating and processing sensory information. This information may include sensory impulses that affect any of the five senses. People with this disorder may over feel or under-sense sensory stimuli from touch to taste to sound etc.

SPD affects children, but adults can also exhibit the symptoms. It could be present in different forms, as while some of its sufferers could be over-sensitive, others could be under-sensitive to sensory inputs such as the food texture, most preferring strong foods to mushy ones. Another group is those who crave stimulation. These ones are clumsy and tend to bump into things in their way.

Over the decade, there has been a controversy as to whether SPD is even a disorder in itself at all. Many experts argue that although an SPD presents severe adverse reaction in its sufferers, it should not be classified as a separate disorder with its own diagnosis while maintaining that SPD rather occurs as a symptom in other mental disorders like ADHD. Also the Diagnostic and Statistical Manual (DSM-5), the authoritative volume that defines and classifies mental disorders, excluded SPD as a mental disorder, hence no one can officially be diagnosed with SPD.

A sensory processing disorder may affect how a child interacts with the outside world, even in the classroom, that one may begin to wonder if SPD is a learning disability. Although this condition may present seemingly insurmountable obstacles for kids in a classroom, the way SPD is currently understood and classified prevents it from being considered an official learning disability. So, how is SPD viewed by health experts?

Millions of children with SPD grapple with learning in a classroom on a daily basis, but unfortunately, they are not officially declared to have a learning disability, sadly meaning that they are unable to receive official help or support from occupational therapists, excluding them from special education services. Hence it is highly pertinent that these reports be reviewed carefully again, but before then a sensory processing disorder does not, as yet, qualify as a  learning disability. But with adequate support from the child’s school teacher and perhaps consulting an occupational therapist, the learning issues can be managed properly to help any child with SPD symptoms achieve success in class.