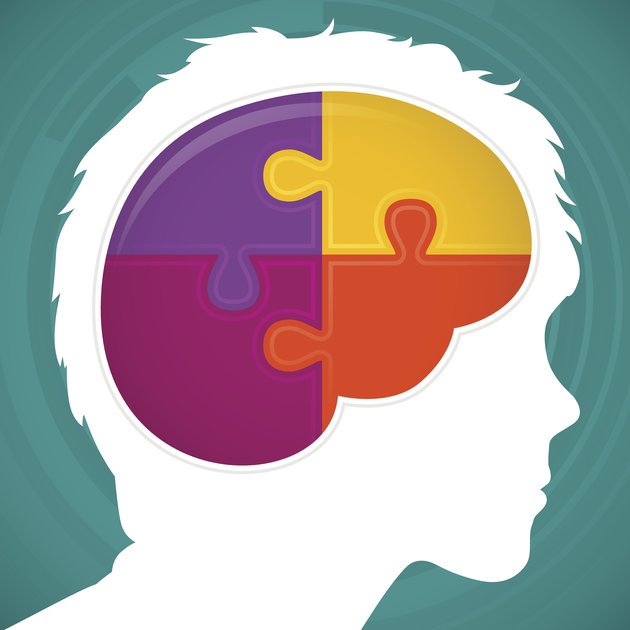 Many autistic children have a unique capability to assess their environment with sharp sensitivity and pick up the minutest details within their surroundings. Many of them have eidetic memory and spot the minutest intense of things out of order.

These observation capabilities are often a result of being able to integrate the other details into a bigger picture. A recent research believes that this may be due to increased symmetry between the two hemispheres of the brain.

For most people, two lobes of brain, are asymmetrical, which is a key to process varied informations and react differently to them.

The brain towards the left hemisphere is often involved in things such as analyzing the details, while, the right side of the brain is responsible for integrating the information and assists the people in creating a coherent picture of the situation.

“In a very loose and simplified analogy: The left sees the trees, the right sees the forest,” Dr. Ralph-Axel Mueller, the study’s lead author said.

Another study throws light on the way the development of brain takes place which is responsible for the rise of autistic symptoms. Neuropsychologists at the Sand Diego State University have found that the brain in autistic individuals is less likely to integrate between the two hemispheres, unlike their normal peers.

In other words, while in individuals the right side of the brain picks up most of the important signals and processes it, among autistic people, the right side is unusually well-developed.

The brains in autistic people are often more symmetrical, that is a person with autism is more likely to use both sides of the brain uniformly, which often results in an impaired ability which ends up in an inability to put up information into an integrated picture.

The scientists used MRI scan to investigate the development of brain connections among autistic children and compared them to other children who develop in a typical fashion.

As many as 44 children and adults were subjected to brain scanning, and they showed a greater asymmetry in the structure of the brain and the connections in the brain region were more densely interconnected in the right side of the brain, Dr. Mueller explained.

However, when the young autistic people were subjected to scanning, it was found there was a significant reduction in the asymmetrical area of the brain.

Reduced asymmetry can be interpreted as reduced specialization of the hemispheres, and more specifically reduced integrative abilities of the right hemisphere,” Mueller explained.

The above findings find their way with the theory of weak central coherence, a behavioral hypothesis that suggests and shows how autistic people are gifted in their ability to pick up the small details, though they might have a limited ability to see the larger picture.

In the fourth edition of The Diagnostic and Statistical Manual, “persistent preoccupation with parts of objects” is one of the core diagnostic criteria for people diagnosed with the syndrome.

A struggle to derive the meaning from the surroundings and the difficult experiences are some of the things, autistic individuals face on regular intervals.

As Dr. Mueller rightly explained, these people see the whole lot of trees but end up missing the forest. Reduced symmetry is often attributed to the challenges that individual face with the language and motor control.

Being more informed about the brain differences helps us in not only understanding the challenges of autism, it also helps individuals with the disorder in knowing their unique strengths.