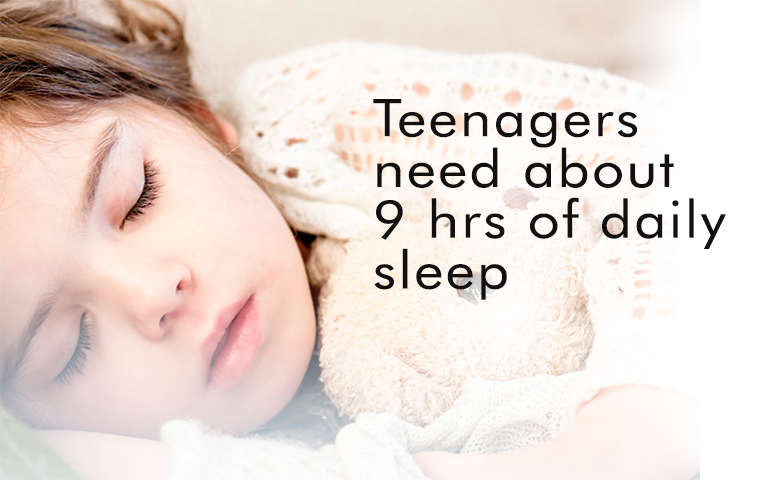 Good Sleep Help Teens With ADHD To Focus And Organize

It is a well-known fact to most parents that having a poor night sleep is directly linked to grumpiness and generalized reduced mental function the next day. The correlation between getting adequate sleep each night and good mental health is quite clear. Teenagers, when compared to the average adult population, are calculated to need more sleep (about 9 hours daily on average) for proper bodily and mental function and development. Now, this fact through scientific research has been taken a step further.

Studies which were carried out using sample sizes comprising of teenagers with attention deficit hyperactivity disorder have brought one fact to light. It appears that the more the number of hours of sleep these teens get each night, the more focused and organized they are the next day, and the longer their attention span. On the other hand, this lowers the number of hours of sleep they get each night, the less their powers of focus and organization, and the more likely they are to be cranky and have a short attention span.

This fact is highlighted by the fact that some teens have priory been falsely diagnosed with when the only problem they had was a serious lack of sleep. Also, teens who suffer from ADHD but have enough sleep are able to lead very near-normal lives. In a teen suffering from attention deficit hyperactivity disorder, he is unable to sit still and does not have the patience to pay attention to the teacher in class. He most times is seen fidgeting with one trifle or another. These behaviors are very detrimental to his schoolwork, and so a lot of times his grades are very poor.

His poor grades could lead to feelings of no self-worth which might greatly damage his self-esteem. The damaged self-esteem might cause him to seek validation from some unsavory characters, which might, in the long run, lead to a life of crime. OK, this example is too extreme, but the fact remains that the goal of management for people who have attention deficit hyperactivity disorder is an increase in the duration of attention span. And studies have proven that this can be achieved through adequate sleep levels. Easy solution, right?

Wrong. You see, one of the issues involved in attention deficit hyperactivity disorder is a difficulty in falling asleep. It’s like a struggle to turn their mind off. Maybe, one hour after lying down, they 2in the struggle and drift off to sleep only to wake up in the middle of the night. Night after night of this kind of disjointed sleep can then compound the symptoms of the attention deficit hyperactivity disorder. This is especially worse in teens due to their hormone levels. Sleep is usually divided into two stages, REM sleep, and non-REM sleep. REM sleep is essential for the proper balancing of the bodies neural and endocrine environment, and interruption of sleep in the REM phase(which occurs a lot in ADHD) can lead to hormonal imbalance.

This is further complicated by the fact that several drugs used in the management of ADHD are known to cause insomnia. So, to a teenager with raging hormones, add sleep deprivation (both from the ADHD and the drugs used to manage it), tired neural pathways and hormonal imbalance and you get one very cranky teenager.

However, there are tips on how to bypass the many limitations of attention deficit hyperactivity disorder and achieve a good night’s rest.

So, you can try and apply these techniques and others that may work for achieving proper sleep durations in teens with ADHD. And here’s to greater concentration, organization, and focus.