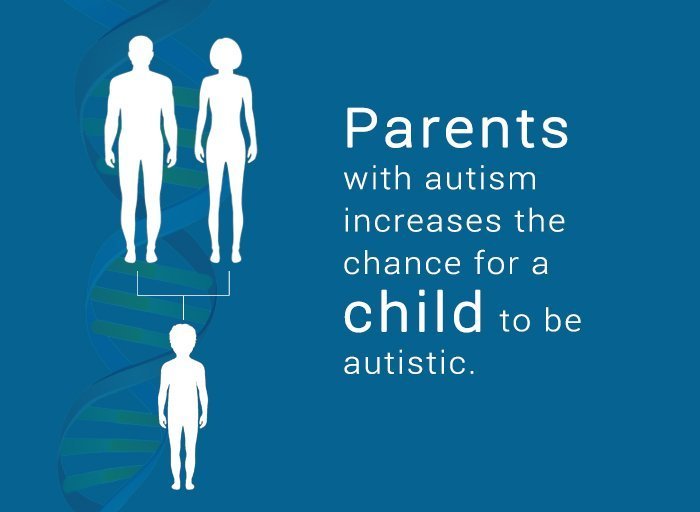 By Suzane DaviesApril 29, 2019No Comments

As science takes giant strides of progress, it is becoming more apparent that a lot of diseases are tied to factors beyond environmental risk. From stroke to diabetes, to hypertension, down to certain forms of cancer, there appears to be a strong genetic link in these diseases, and your chances of having the disease are greatly increased if someone in your family has had the same disease priorly. This truth in recent times has come to bear in the field of mental health. It is becoming more apparent that there’s a strong genetic correlation to so many mental health disorders.

Let’s take a look then at autism. For a very long period of time, the causes of the autism spectrum disorder have been unknown. After so many advances in the field of mental health, let us just say that the causes still remain unknown. However, despite the fact that that we have been unable, so far, to pinpoint the exact causes of the autism spectrum disorder, studies have shown that the disorder shows a strong genetic correlation. For example, there is an 80% chance for a child to be autistic if he has a twin that is autistic. Also, having parents (or someone far up in the family lineage) who have autism drastically increases the chance for a child to be autistic.

Let’s take this beyond autism. It has also been shown by various studies that a previous family history of a mental disorder increases the risk for diagnosis with an autism spectrum disorder. In order words, if you had a sister who suffered depression, an epileptic father or an uncle who had periodic schizophrenic attacks, you have a much-increased risk for autism spectrum disorder. The mechanism behind such correlation is not so clear, and at current, is the subject of a lot of research.

What does this discovery hold for the medical profession? Knowing the familial correlation of autism spectrum disorder, doctors will then be careful to take an appropriate family history from the patient. They will no longer shy away from addressing the taboo topic of family mental health history. This will ensure that patients who have autism spectrum disorder can now be diagnosed rapidly.

So, what does this discovery hold for the future? They say knowing a problem is half the solution. Now that the roots of the autism problem have been identified, research can now be targeted properly, perhaps into the development of a vaccine or a cure, perhaps into a prophylactic drug that women of reproductive age can take to ward against the occurrence of autism spectrum disorder in their future offspring.

Maybe the research will be directed towards genetic repair technology or a stem cell technology in other to repair or replace cells with the defective genes. The knowledge of the link between autism spectrum disorder and a familial occurrence of mental disorders has ushered us into a glorious future, where the problem of autism is half solved.