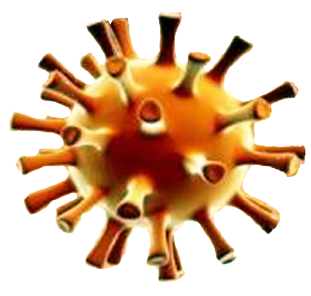 By Ash BhattacharyaJanuary 16, 2018No Comments

Offspring born to mothers with a history of active genital herpes during their pregnancy phase are seen to be twice as likely to develop autism-related disorders, a recent study suggests. Researchers suggest an underlying link between autism and HSV-2 during early pregnancy stages.

Lead author and study coordinator, Milada Mahic based out of Norway, report their findings in the recent study.

What is Genital Herpes?

Genital herpes is an infection, transmitted sexually that is seen to be caused by HSV-2 (Herpes Simplex Virus 2).

Millions of people across the globe are affected by genital herpes and an average of 20 percent of the cases are seen to occur among individuals with a history of prior autism diagnosis.

The team led by Mahic believes the virus can end up being a dominant factor in the nerve cells. There is no given point in time or indications that could lead to recognizing the virus.

The team highlights, “At any given time, HSV-2 can flare up and become active.” Nevertheless, body immunity plays a greater role in reducing the virus effect over a period of time. Further studies have also suggested underlying links between the immune responses of the human body to the pregnancy-related infections which are seen to play a critical role in increasing autism risk.

Nevertheless, maternal immune responses to the virus are also seen to be a disruptive factor for fetal neurodevelopment. To understand their findings in depth and for further studies, researchers took blood samples from 875 expectant mothers and analyzed the blood samples.

The participating mothers were also enrolled in ABC, Autism Birth Cohort study. Of these many participants, 412 of them were seen to have offspring who were diagnosed with ASD while the remaining 463 gave birth to children without the condition.

The blood samples that were analyzed were collected during two intervals, one is at 18 weeks of the mothers being pregnant and the other sample being taken at the time of childbirth. Researchers analyzed the sample to deduce the antibody levels to five known pathogens:

The team further observed that mothers who were observed to have higher levels of antibodies to the HSV-2 in their bloodstreams during 18 weeks of being pregnant were twice likelier to have offspring diagnosed with the autism condition.

Maternal HSV-2: Is Autism Only Prevalent Among Boys?

The link between HSV-2 and antibodies resulting in increased autism risk were seen to be prevalent among male offspring, says the research report.

Nevertheless, the authors point to the fact that the study was small and had fewer females diagnosed with the condition. The team further notes they were unable to conclude if their findings were sex-specific.