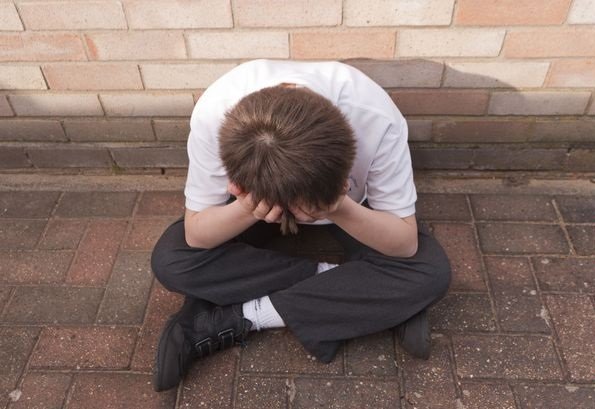 Are Parents Guilty of Bleaching Their Children in a Quest to find an Autism CURE?

By Ash BhattacharyaFebruary 5, 2018No Comments

Back in Month, 2017 we covered a special edition on [SHOCK EXPOSE] Organized Network Of Crooks Selling Bleach To “CURE” Autism!. But looks like the scam stars continue to have a field day A recent survey has highlighted a dangerous trend being followed in an attempt to cure children of autism. Authorities have come across cases in which parents have made their kids ingest ‘Industrial Bleach’ in an attempt to free them of autism.

The roots of this practice could be traced back to a rapidly rising cult in the United States.

Authorities from the British police force have begun to investigate cases where young children have been abused with this potentially fatal treatment. Many autism advocates across the United Kingdom blame the surge in secret Facebook groups targeting desperate parents searching for ways to help their children.

The fatal treatment involves MMS (Miracle Mineral Solution) or CD (Chlorine Dioxide) being administered to innocent children. The method is believed to have gained rapid momentum since being promoted by Scientologists.

A successful investigation carried out by the authorities in early 2016,  has seen well-laid underground networks unearthed in Southern California. These networks were involved in sneaky promotions of MMS in the guise of unknown cures that supposedly treat autism, Parkinson’s and cancer.

Another investigation found leading figures traveling all the way to the UK from the US in a bid to promote MMS and intertwining its use to the religious sacrament among the gullible public. A common belief being carefully woven among the public is, autism is a condition caused by parasites and pathogens, which MMS kills.

However, numerous scientific studies have declared the claims to be baseless. Doctors warn these untested solutions are much more dangerous than has been earlier believed.

Doctors have time and again warned the public against using the bleach solution which includes hydrochloric acid and sodium chlorite as its main ingredients. Many hidden Facebook groups suggest oral ingestion of the solution in question.

Autism advocates have been successful in unearthing a few dangerous online groups that propose the idea of mixing the solution with fruit juice. However, medical experts advise against doing so since it leads to acidification of the mixture resulting in adverse effects.

Tireless efforts by advocates have seen the product being completely banned across Canada for the wellbeing of the public. Additionally, authorities from the US Food and Drug Administration have issued a public warning about the product’s  bleach content.

Authorities from the British Food Standards have also warned the general public against the use of substances involving bleach components and have highlighted the fatal effects of the bleach products. These effects include, but are not limited to, respiratory failure, reduced blood pressure and intense vomiting, among others.

Dr. Jeff Foster has warned the general public about the lurking dangers of substance abuse.

Autism is a condition that does not have any form of treatments. The condition is developed during the early stages of fetus formation which makes it impossible to reverse. Dr. Jeff says, “We need to understand these critical facts and anyone claiming to heal the condition signifies either they do not understand or are trying to fool the public for monetary gains.”

A commission has been set up in the UK which aims to have stringent laws around the usage of these potentially dangerous solutions.

Article Name
Are Parents Guilty of Bleaching Their Children in a Quest to find an Autism CURE?
Description
An insightful read on how dangerous trends are picking up pace despite authorities cracking the whip on these illegal practices
Author
Zeeshan Mecci
Publisher Name
AutisMag
Publisher Logo