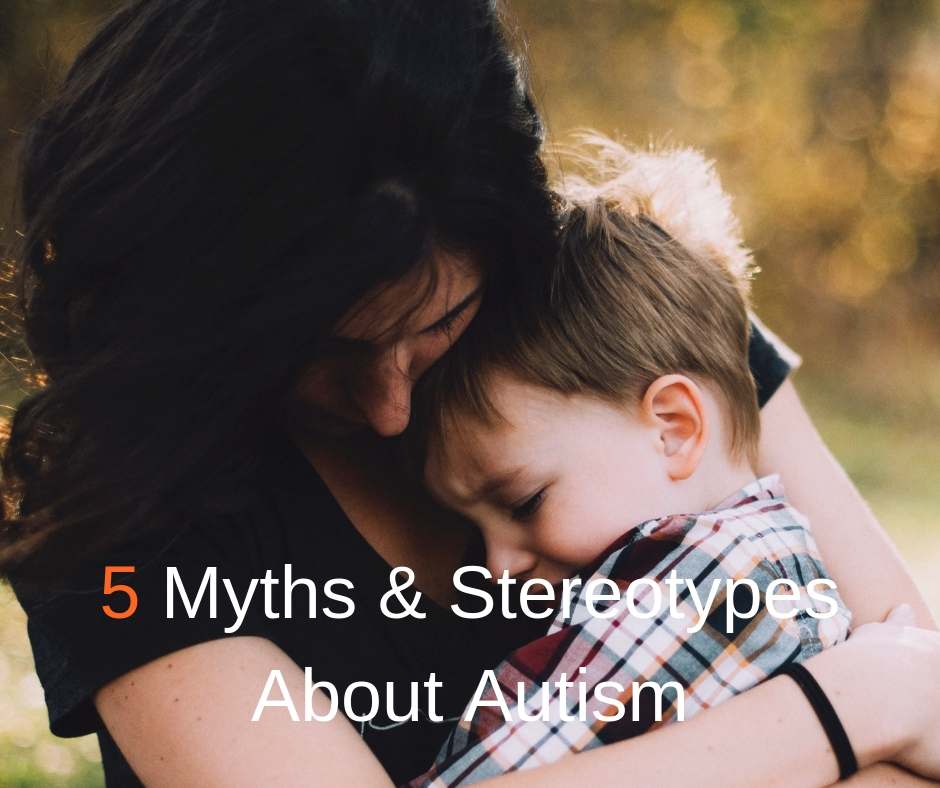 5 Myths & Stereotypes About Autism That Hurt The Autism Community

We live in a world where a person’s opinion carries a lot of potentials. The moment a superior or respectable fellow breathes a word, it’s only a matter of time before everyone around bore it on their head and ran with it. It may start out as a horrendous story you had heard about an autistic person, perhaps narrated by that old lady, a kindred of yours, whose words had always held enormous buckets of water with you. Or maybe you had a childhood friend who never said a damn thing all her life, she just stared at you.

Then, you formed a stereotype in your mind and not only slapped it on her forehead but also portrayed this notion of people of her ilk at every single opening that showed. No matter the mode of its inception, a myth can be established just as quickly as you can blink an eye.

There is actually a fine demarcation between what autism is and what it isn’t. Of course, autism is a disorder which portends an array of other disabilities, but then being autistic is not exactly what a lot of people make it out to be. While an average person may not seem to see the stress in starting and maintaining a conversation, an autistic child may view it as an onerous task to pursue. It doesn’t matter much that many of these people may deeply desire to light a spark of conversation, they just won’t get around the block.

However, a lot of people misconstrue this impediment they face for contempt, unfriendliness and what have you. Here are short paragraphs stating five similar examples of the many hurtful stereotypes and myths about autism which we must sweep under the carpet.

Myth 1 has it that people with autism don’t want friends in their lives. We must have encountered a lot of average people who would rather be by themselves than by any other breathing thing but reports have proved that, with autistic persons, this is as untrue as it is unfair.

Although autism makes it difficult for a person to communicate their emotions the way other average people do, people on the autism spectrum find this distressing. They hopelessly desire to make friends and connect with people around them but find this possibility ever far from them, due to this disorder. Nonetheless, the desire to connect is often there.

Myth 2: People with autism are intellectually disabled. When it all comes down to learning, it has been shown that people with autism can learn about anything they are taught, provided the suitable method was applied. But on the basis of IQ tests, most autistic people have performed poorly and experts have attributed this to the fact that they can’t keep their mind on the test and often do not care about the tests.

Myth 3: People with autism have savant skills. Here is the flip side of Myth 2. In this stereotype, autistic persons have been likened to Dustin Hoffman’s character in Rain Man. Yes, there are really incredible people like that who, perhaps, can draw a complicated landscape on paper, a month after they had seen it for the first time, or who can tell the answer to a mean-looking calculus without as much as lifting a finger or maybe something like that. Maybe you know one such person, and he or she happens to be autistic and you begin to get the idea that it could be due to the disorder. Mind you, it could have been anyone else who wasn’t autistic and there is no connection between the two conditions.

Myth 4: People with autism can’t feel or express any emotion. Although autism makes them feel or express emotions differently, it doesn’t take away their feelings from them. These people might seem detached from others but it doesn’t make them averse to warm gestures. Only that the symptoms may affect how they view emotion. Some of them may be over-sensitive to certain emotional gestures such as a hug, but they express emotion in their own way. They might only need to be taught the essence of some of these gestures.

Myth 5: Autism is caused by bad parenting. This notion became popular few decades ago when Bruno Bettelheim put forward a hypothesis that autism resulted from not getting enough care and love from one’s parents, especially the mother (who was termed a ‘refrigerator mother’) but it had only begun to spread when experts disproved this fallacy.

Oftentimes people  warm gestures and emotional cues from autistic people. Some people think persons on the autism spectrum would only spread their arms for a hug when they crave an increased level of sensory inputs. However, not everyone subscribes to these ideas about autism, and in as much as these myths are false, they hurt people who suffer autism. So, society must discard these fallacies in the interest of these persons, if they must find a balance and avoid marginalization.