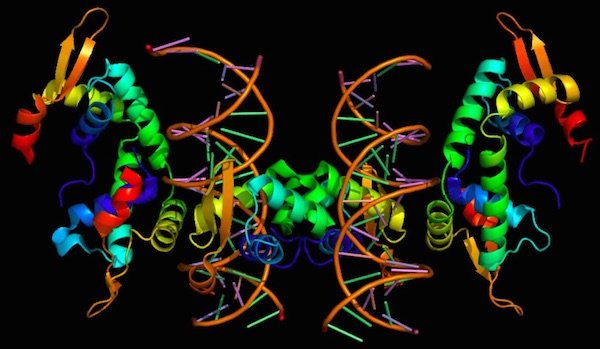 Cntnap2 Gene Suspected To Be Linked To Autism

Autism has long been associated with heredity and genetic factors. This disorder affecting a growing number of children all over the world is marked by three major aspects: language impairment, lack or limited social interaction and repetitive behavior and interest.

Even though, several genes have been identified,  the etiology of Autism is still unknown in terms of how biologically it affects individuals. Autism has been found to be erratic to say the least; affecting one sibling and not the other, affecting the children while none in the family have ASD, and males being more affected 4 times more than females. Having said that, in general, researchers agree that there is a genetic predisposition to Autism.

A study in 2015 has identified the gene CNTNAP2 as one linked to Autism and several related disorders like ADHD and Dysthymic disorder.

The CNTNAP2, one of the largest genes in the human genome, encodes the protein Contactin-associated protein-like 2 which is a member of the Neurexin family. The neurexin is a presynaptic protResearchersttaches the neurons in our brain at the synapses (a synapse is a structure in our brain that facilitates a nerve cell or neuron to pass electric or chemical signal to other cells). 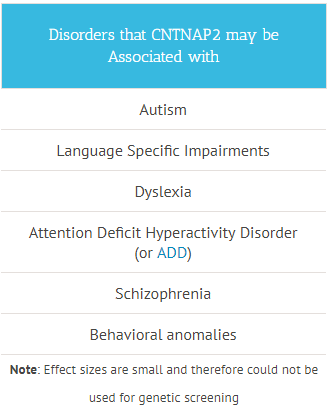 Note: Effect sizes are small and therefore could not be used for genetic screening

The study concluded further that CNTNAP2 is suspected to be an autism-susceptibility gene. It identified that a common variant in CNTNAP2  is associated with an increased risk towards Autism.

It was found in other studies that CNTNAP2 plays a larger role in early brain development. Researchers also found that mice who lacked in CNTNAP2 displayed similar characteristics that are found in ASD. This further confirmed the role of this gene is being a key factor behind the cause of Autism.