In our previous articles, we have talked about Autism in Girls Vs Autism in Boys. Also, there is another article dedicated for issues faced by girls with ADHD. In this post we would focus on why female Aspergers and Autism is so underrated in terms of diagnosis and research. But before you read on, watch this video first.

Female Autism is a widely underrated topic. ‘Many females who have difficulties that could be described as ‘Autistic’ do not have the diagnosis, let alone the help and support they need. Diagnosis often comes later in life or not at all. A timely diagnosis can avoid many of the difficulties women and girls with an autism spectrum disorder experience throughout their lives’. (Gould, 2011).

Statistics show that 1% of the USA and UK population has some form of Autism; data is dominated by a male/female ratio of 5:1. An additional analysis highlights Asperger’s with a male/female ratio of 15:1 (Bruga, 2009). If statistics alone are to be believed it could be concluded that Autism in females is very rare and is a predominately male condition.

Recent Autism Prevalence statistics in USA suggested that in the current population, ratios between 1 in 68 children, and 1 in 50 children were somewhere on the autistic spectrum. The studies also report similar male/female statistics as discussed above.

Other countries in Europe, studies have found fluctuating data for “frequency of autism” studies. The statistical differences may be due to using different definitions or case finding methods. (Wing & Potter 2002). In Sweden a contemporary study using clinical evidence and diagnostic assessment reported incidence of Asperger’s to be 1 in 300 children (Ehlers & Gillberg, 1993).

Note: These studies do not necessarily consider Rett’s Syndrome which is extremely uncommon and is the only type of Autism which is predominant in females.

This gave rise to the concept of the Extreme Male Brain – high on systemising and low on empathizing. Conversely, Kanner’s definition was based on his small group study, where the male/female ration was 4 :1. Following Kanner’s work, Hans Asperger, (1944) initially believed that girls were not affected by Autism. Only later, he found through clinical evidence, that this was not the case and that women autism issues were also quite prevalent.

In 1991, Lorna Wing, found male/female ratio of 15:1 for high functioning autism, but when she took into consideration Learning Difficulties as well, the male/female ratio was then 2:1. These results are similar to a more recent finding by Bruga et al (2009) and Gould et al (2011).

Why Autism Females may not fit into the ICD

The triad of symptoms for Autism as defined in the ICD (International Criteria for Diagnostics) tends to be male orientated and relates to exaggerated male behaviours. The ICD does not give examples of difficulties experienced by girls and women with Autism, but an explanation is offered below as to why autistic female behaviours may not fit the criteria.

Characterized by rigidity of thought and behaviour and limited imagination:

This is a crucial area and typically male stereotyped. Females with autism have similar interests to other girls, animals; horses; classical literature – so they are not seen as strange. Interests on their own, are not what differentiate them from their peers but the quality and intensity with which Autism women pursue of their interests do.

Generally, autistic females have enhanced imagination compared to males. Females with autism are more likely to take part in pretend play, creating an elaborate fantasy world with imaginary friends; escape into fiction and live in another world with fairies and witches.

Autism females have the ability to observe other others in social situations and then mimic actions, this in turn will often mask symptoms (Atwood 2009). Learned behaviour is sometimes difficult if not impossible to apply to scenarios that are not exactly the same as the observed scenarios. So then they are not socially able in every situation. Society demands that females are competent verbal communicators.

Females will sometimes learn social communication through an interest in ‘soap operas’. During assessment, if a female appears socially able; has reciprocal conversation and uses appropriate gestures, a diagnosis is missed as she may have adopted a social role rather than behaviour based on social intuition.

Usually characterized by difficulty with social relationships, with an appearance of aloofness or indifference:

Generally females are more inclined to become involved socially and be led by their peers. Girls tend to have a special friend. But with a sense of aloofness or indifference they can find it difficult to cope and communicate with social hierarchy or with people of different status which can cause difficulty with teachers and people in authority.

The main reasons for the male to female autism ratio:

Not as many females as males are referred for ASD assessment because they do not meet the criteria for assessment. For example they may be diagnosed with Pervasive Developmental Disorder instead.

Not as many women have an autism diagnostic tests that fits all three elements of the ICD triad, so they are not counted in data gathered in studies.
Autism does not occur on its own, there may be other difficulties that are experienced such as ADHD/Dyslexia/Anxiety which may mask or dissuade symptoms of autism.
Females generally may be more open to learn strategies to help them integrate which again masks autism
Lack of awareness in schools of how females exhibit symptoms of autism in comparison to males.

Where men and women with Autism are very similar in terms of Autistic behavior is that they both face similar sensory processing issues. Also, other common traits may be echolalia and Tourette’s syndrome. [/fusion_tagline_box] 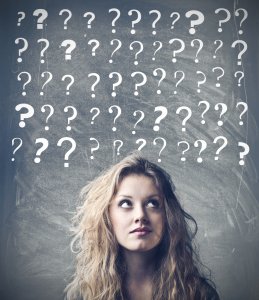 If not diagnosed on time, then females with Aspergers and Autism they would not able to receive the help and support they need throughout their lives. The school environment can be particularly challenging, especially when behaviour that is viewed as ‘odd’ can result in being a target for bullies.

Schools can help by having a more female friendly curriculum focussing on the hidden curriculum such as: self image; emotional well being and teaching strategies to become less vulnerable.

It is only by taking a full developmental history; making observations of behaviour in several different situations and asking the right questions can a diagnosis be confidently be made. Relying only on statistical evidence alone can be misleading.

Hans Asperger found that attention to clinical evidence rather than just statistical evidence made the difference his assumption that autism was a male only condition.

1 thought on “Autism In Women”