It hardly comes as a surprise that the standards used for diagnosis of ADHD in children is primarily based on the behavior pattern of boys. The below statistics should tell you why!

As you can see, an overwhelming number of ADHD cases has been dominated by boys since boys tend to be more hyperactive, aggressive and defiant. Both boys and girls can have the same level of cognitive deficits caused by ADHD, however, ADHD symptoms in girls are diagnosed at a much later age (this explains, as in Fig 2, why the prevalence among adults is almost equal for both genders).

Not sure if you have ADHD? Take our ADHD Online Test for Adolescents & Adults

Signs of ADHD in Girls – Checklist

For an Attention Deficit Hyperactivity Disorder diagnosis you need at least 6 symptoms found on the list below. However, signs of ADHD in girls may match fewer symptoms at an earlier age:Fails to pay attention to detail

Parents are always the best source regarding their child’s behavior. Moms of daughters with ADHD and the women themselves with ADHD can provide invaluable inputs into the major differences for girls with ADHD.

This section will highlight some of the subtle differences ADHD in Girls Vs Boys. This section is crucial for understanding girls with ADHD and is further categorized by who might be the person to understand these signs of ADHD in girls.

Social expectations from boys and girls are different:

There is an old saying “boys will be boys” and society still seems to revolve around that notion. Girls acting in such a manner are often viewed as being worse than the boy’s behavior; after all, they are girls. Even today, mothers tend to treat their sons and daughters differently. Most mothers have told me they praise their sons more than they do to their daughters. An astounding 50% of girls are missed in the diagnosis process because their impulsivity and hyperactivity are often undermined as being “boyish“.

Both boys and girls with ADHD and ADD miss social clues, have only a few friends. However, this social reclusiveness seems to bother girls much more than boys.

Anxiety is (or maybe) a major issue:

Worry tends to be a big factor for girls with ADHD. Girls worry about mishaps that may or may not happen in future, and get easily distracted from the present situation. Many girls will often set unrealistic goals for themselves and when they fall short, anxiety about everything around them takes over.

Mothers often tell me that their daughters are so worried about forgetting homework or a social event that they will make extensive lists in an attempt to organize them. I once had a little girl who stuck post-it notes from room to room so she would not forget what she needed from each room on her way to school. Hyper-focusing on the future and making endless list often causes girls to lose track of time and actually forget to do the task at hand.

Girls tend to be less aggressive. Teachers have noted that girls struggle quietly and tend to internalize their frustration. Girls will also resort to list-making of steps to follow when upset. Only 10% of girls with ADHD/ADD have a co-existing diagnosis of Conduct Disorders while boys have a 25% co-existing diagnosis. This explains, in part, the difference teachers see in how boys and girls react in the classroom.

Teachers notice that once again girls internalize, make organizational charts rather than be oppositional or confrontational in the classroom. This is in part due to co-existing conditions. Girls tend to have only a 33% coexistence of Oppositional Defiant Disorder while boys are doubles that at 68%.

Girls are much more susceptive to Behavior Therapy Treatment:

Girls, in general, reciprocate much better to behavioral therapy under the care or a certified and professional therapist. While in case of boys, medications like Ritalin may be the only option, for girls, ADHD Medication treatment should usually be prescribed only as the last resort.

Differences Based on Research & Scientific Analysis

Because the research for ADHD/ADD has always followed the patterns in boys, there is a lack of analytical information that can give us more specific differences in girls with Attention Deficit Hyperactivity Disorder.

Girls are less likely to Have Hyperactivity:

Girls, according to researchers tend to have less learning challenges related to ADHD. The parents of girls with ADHD will often seek out additional tutoring for their girls as they are not showing hyperactivity issues and believe that all their daughter needs is a little intellectual boost.

Depression is higher in Girls:

Teenage girls diagnosed with ADHD/ADD tend to be twice as likely to have issues with depression, anxiety and bipolar disease than an average teenage girl. The probability of such additional mental issues is almost 50% in teenage girls with ADHD/ADD. It is important to note that only 24% of boys tend to have these issues.

As you can see many young girls are not diagnosed as early as boys are. However, untreated ADHD/ADD in middle school and high school girls pose some severe issues. The psychological aspects of ADHD/ADD begin to unfold as there are more social events and organizational skills needed to study at higher grade levels.

Girls are subject to great peer pressure as they move into the teenage years both socially and emotionally. If left undiagnosed there is a very high potential for depression and psychological problems. Along with this advanced peer pressure, the changes imposed while reaching puberty, the need to feel like they fit in, the compulsion to pre-plan every sting of their lives, teenage girls and women may resort to alcohol and substance abuse to help face the real world.

Just as boys are diagnosed early because “boys will be boys”, teenage girls run the risk of being under diagnosed because of “teenage emotions”. Parents and teacher will be the first to notice these changes. They should not take these ADHD symptoms in girls lightly or as part of the “teenage girl in tears” effect. Both parents and teachers may notice that a girl may no longer have a circle of friends. They may have become stand-offish and solitary. This is not a normal teenage girl behavior. Social life is the highlight of any teen, and especially a girl.

Keep an Eye Out for Signs of ADHD in Girls 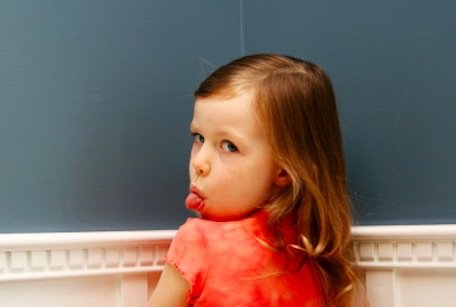 As a parent, if you notice a significant shift in your daughter’s emotions, school grades and social life, then you must seek consultation with your physician. Your physician will be able to point you in the right direction for psychiatric evaluation and therapy. It is quite possible your daughter’s teacher will be the first to notice social and educational issues and they would schedule some time with you for a private discussion. Listen to your teacher’s feedback with an open mind. These are trained eyes that have your teenager’s best interest at heart.

During adolescence is the time to strike a balance between supporting your daughter with therapy while helping them keep their independence. New findings on ADHD symptoms in girls continue to emerge so that more girls with Attention Deficit Hyperactivity Disorder can be diagnosed early. An early diagnosis would in turn facilitate an earlier intervention. With adequate therapy and better understanding, girls with ADHD can look forward to happy, healthy, productive lives.

6 thoughts on “ADHD Symptoms in Girls”