ADHD (Attention Deficit Hyperactivity Disorder) is the most common of all psychiatric disorders among children and teenagers. It’s evident from the name that you would certainly not want to be living with it. 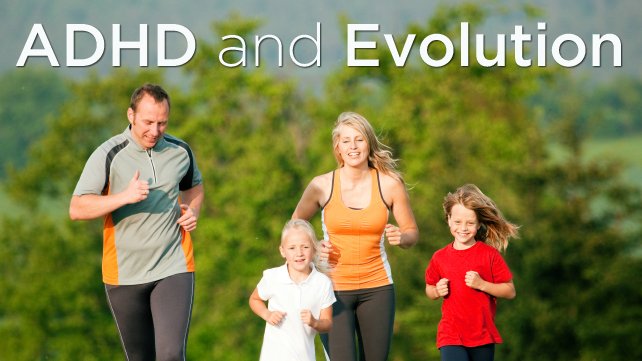 So what are the known causes of ADHD? While a lot of research is still being carried out in this space, genetics is the most common one (most of the genes associated with ADHD are connected to the brain’s reward pathways, resulting in lower dopamine levels and its receptors. Dopamine is the feel-good hormone).

Chances of ADHD may also increase with the mother drinking and smoking during pregnancy. But anyway, both types find it difficult feeling satisfaction or a felicitous life. They are not with what they’re doing, so while everyone else is content, ADHD-ers fail to sit quiet and focus. ADHD kids get bored all the more.

Is there a thing called “Good ADHD”?

Researchers also show that ADHD brings benefits to some, mostly young. That makes us think if it as an evolutionary advantage, on which, the latest episode of AsapSCIENCE has something to say.

How ADHD affects the brain:

Observe brain activity via a FMRI machine. A resting brain shows activities in the default mode network while it rests. When it switches on again to get stuff done, the activity quickly transfers over to the task-focused network. This is to achieve a better focus.

But in an ADHD-brain, this default switching process doesn’t work. Switching over from rest to focus is done without the brain knowing which network it switched on. fMRI scans show the brain switches on the task-focussed network without switching off the activity in both the default mode network. This happens when they’re trying to focus and get work done.

A lot of that could be due to the structural changes in the ADHD-brains. It’s the same factor that influences how far they should struggle with things like attention control, emotional regulation and response inhibition.

ADHD: A Blessing in Disguise?

Really? Where do we see the good?

From studies on our ancient ancestors, a short attention span and the tendency to move on, links to higher levels of resources collected. This means greater success in the gene-passing game.

Things are, however; different now than the nomadic tribal life of a hunter-gatherer; ADHD then meant the guy is a better hunter. Today, it means a guy better at creative pursuits.

Studies have also shown that people with ADHD tend to be more creative, both in real-life and under controlled settings. It’s because their brains are more open to random, offbeat thoughts.

It’s also known that ADHD causes kids to struggle when trying to fit into a very rigidly structured life. It includes schools and University routines. As adults, certain careers are more suitable to people with such high-energy.

To discuss careers that give ADHD-ers advantage and also how to cope with the struggle at school, we will meet soon to talk about an upward spiral.

Autism 360° Club is an initiative of AUTISMAG®. All registered businesses under domains autism360.com and autism360club.com are registered to the business AutisMag